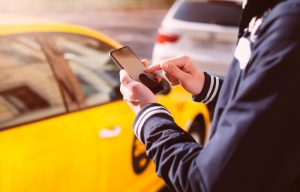 If you were injured in an Uber, Lyft or rideshare accident in Columbia SC, Lexington County or Richland County, you should talk with a lawyer who understands the legal nuances of these accidents. Typically, an at-fault driver’s insurance is responsible for injuries and damages. If an Uber driver was negligent and caused the accident, read below for background on case law regarding these types of rideshare accidents. Or call The Jeffcoat Firm to speak with an experienced Columbia car accident attorney today.

Background: Lawsuits against Uber, Lyft, and Other Rideshare Services

The section below was cited from Wikipedia

Since Uber’s launch, several other companies have replicated its business model, a trend that has come to be referred to as “Uberification”.

On December 31, 2013, Uber driver Syed Muzaffar ran over and killed six-year-old Sofia Liu in San Francisco, severely injuring her mother and brother in the same incident. The driver was logged in and waiting for a fare, but not carrying a passenger, at the time of the accident. Liu’s family filed a wrongful death claim against Uber, claiming that this made Uber responsible for the driver’s actions.Uber deactivated Muzaffar’s account after the accident. Syed Muzaffar was arrested on the scene and was charged with misdemeanor vehicular manslaughter on December 8, 2014. Uber said in a written statement that all drivers had undergone a “stringent” background check, and Muzaffar’s was “clear”. Muzaffar had been arrested in Florida in 2004 on a reckless driving charge, but California law prohibited private background check services like Uber’s from reporting arrests and crimes more than seven years old. Syed Muzaffar’s vehicular manslaughter trial was scheduled to start August 5, 2015. In July 2015, Uber reached a settlement with the family for an undisclosed sum.

In September 2014, a class-action lawsuit was filed by Atlanta, Georgia taxicab drivers and CPNC holders as the plaintiff class, against Uber Technologies, Inc., its subsidiary Raiser LLC (which operates UberX), and in a rare move, all of both companies’ drivers as a defendant class in the Superior Court of Fulton County, Georgia, for restitution of all metered fares collected via the Uber and UberX apps for trips originating within the Atlanta city limits. In December 2014, Checker Cab Philadelphia and 44 other taxi companies in Philadelphia, Pennsylvania filed a lawsuit in the Federal Court of the Eastern District of Pennsylvania, alleging that Uber was operating illegally in the city. On March 3, 2015, U.S. District Judge Nitza I. Quinones Alejandro denied a motion for a preliminary injunction against Uber.

On January 29, 2015, a 25-year-old Delhi woman who claims to have been raped in her city by Uber driver Shiv Kumar Yadav filed a lawsuit against the company for negligence in US courts. The plaintiff filed a motion for voluntary dismissal of the case on September 1, 2015, which was granted September 2, 2015. In May 2015, the Milan Court banned Uberpop alleging “unfair competition” and violation of the local jurisdiction regulating taxi services. The lawsuit was originally initiated by the Italian taxi drivers union.

In July 2015, a $400M class-action lawsuit was filed against UberX and UberXL in Toronto, Canada on behalf of Ontario taxi and limo drivers, brokers, and owners. The statement of claim alleged that UberX and UberXL violated section 39.1 of the province’s Highway Traffic Act by having unlicensed drivers picking up passengers and transporting them for compensation. In March 2016, Sukhvir Tehethi, a local taxi driver, filed an injunction against Uber. Toronto’s city council amended a bylaw in October 2015 and, according to Tehethi’s lawyer, Uber drivers are in violation of it. Tehethi decided to take action saying that it could be months, or even years if he waits for City Hall to act. In January 2016, a $1.5M lawsuit was filed against Uber in Philadelphia, Pennsylvania, by Sergei Lemberg on behalf of a Philadelphia taxicab medallion owner. The suit claimed that Uber engaged in tortious interference with a prospective business advantage and engaged in false advertising under the Lanham Act.

Uber and Lyft accidents are occurring more frequently, and the legal issues can be complicated when trying to figure out who is responsible for paying for injuries. Who is at fault? Who pays – the driver’s insurance, or the insurance of the company (Uber, Lyft) that employs the driver? Is the driver an independent contractor or an employee? Contact our Columbia Uber accident lawyer today.

Drivers and independent contractors who work for Uber, Lyft, taxi and rideshare companies are sometimes considered to be employees by the courts. Typically the companies are required to provide insurance for their drivers. Uber drivers are covered by Uber’s insurance if they are involved in an accident, although the driver/employee/contractor must be actively working and on the clock in order to be covered. Otherwise, the driver’s own insurance could be responsible for injuries and damages. Like all drivers, they are required by law to have insurance.

If you’ve been involved in an accident involving an Uber, Lyft or rideshare vehicle, contact an experienced accident lawyer immediately. He/she will understand the specifics of each case, and can negotiate for you to maximize your chances of receiving a fair settlement for injuries or damages.

To have your questions answered in a FREE consultation or to file a claim after you’ve been involved in an accident, contact one of our Uber car accident lawyers at The Jeffcoat Firm in the Columbia metro area, including Lexington County and Richland County.