The Jeffcoat Firm hosted their annual scholarship contest this year. We asked applicants to answer the following prompt in an essay or video:

Have you or someone you know been affected by drunk driving? In what ways has it made or would it make you a safer driver?

We received many great entries but could only choose two winners. Our two scholarship winners are:

Jillian is from Massachusetts but now lives in Charleston, SC. where she works as a police officer with the Charleston Police Department. She enjoys going on walks with her husband and cocker spaniel. In her spare time Jillian likes reading and watching horror movies. She is studying for her Masters in Accounting.

I am a police officer in Charleston, South Carolina. Far too often I have responded to collisions involving impaired drivers. I have made numerous arrests for driving under the influence. One day will forever be embedded in my mind and will be the reason I continue to take impaired driving seriously. On July 9th, 2018 an 11 year old girl from Denmark was visiting Charleston with her parents and brother. They were walking hand in hand through one of the parks downtown when an impaired driver drove through an intersection, hit multiple poles, and then drove over the grass and in between the girl’s parents, striking the young girl and carrying her on the hood of his car for a few hundred feet until he hit a tree. The girl died in front of her young brother and parents. I have never cried during my shift before until this day. I could not wrap my head around why this would happen to an innocent family enjoying vacation. I could not understand why someone would choose to drive impaired and risk killing themselves and everyone around them. This young girl will never go to high school, attend college, get married, or have a family. All because one man chose to drive impaired.

I did not know this family personally however I grieved for them as if I did. I was not the same at work that week. I bought flowers for the sight of her death and cried while I set them down there the next day. I called my mom and cried to her on the phone. This tragedy could have and should have been prevented. No one should consider getting behind the wheel while impaired. So many alternatives are available to prevent impaired driving such as Uber and Lyft. I have always been extremely cognizant on driving after drinking and especially now as I see first-hand the effects it can have on people’s lives. I have two younger sisters and constantly tell them the dangers of impaired driving and urge them to always ask for a ride home if they are unable to drive. When I drive throughout Charleston off duty I am extremely careful around other drivers and watch for drivers who may be impaired. My reactions to their actions could save my life.

At work I am very observant and constantly watch for signs of impaired driving, especially in the early hours of the morning. I am determined to stop impaired drivers before I receive a call for a collision involving them. Ever since that day in July I have thought of the young girl who lost her life to an impaired driver. Senseless deaths such as hers should lead to more awareness around impaired driving and the dangers of it. 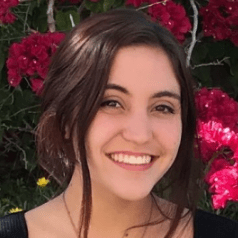 Leila was born for the Tsinnjikinae Navajo clan paternally and of the Persian clan maternally and her ethnicity also includes German and Irish descent. She grew up in the Santa Clarita Valley in Southern California and takes very rigorous courses. She is also involved in many extracurricular activities such as volunteering at the hospital, leading a spiritual empowerment group for junior youth, and singing in multiple choral groups. Her interests include sewing, baking, and exercising.

Leila’s goals and aspirations include earning a medical degree to become a surgeon as well as to have children and teach them the values of her culture and religion as her own mother did. Leila has been accepted to several colleges and is waiting to hear back from other schools about her enrollment for fall of 2019.

The Impact of Drunk Driving on My Driving Habits

Recently, on a trip to a choir conference with my classmates, my friend shared with me that her nephew had very recently passed away because of a drunk driver. On the night of the choir performance when that same friend’s father attended, he drove behind me most of the night to ensure that his daughter (who was in my car) was safe. I found myself driving more carefully than I had before—not only due to the fact that my friend’s dad was scrutinizing my driving, but also due to the shock of learning that her twenty-year-old relative died. I realized the precariousness of life and the horrible results that one person’s mistake can cause. Driving in general is risky because drivers are entrusting others to not make those terrible mistakes. On top of that, driving since this incident, I reformed my thought while driving my friends to realize that I am being entrusted with an non-quantifiable amount of faith by those friends’ families. Just as one would walk carefully with stacks of china plates, I must drive with utmost vigilance and understand the value of all the lives in my car.

Also I volunteer for a confidential, free driving service for local teens to prevent them from driving under the influence called Safe Rides. Since it is so well-organized and widespread, it is very effective in helping teens be safe. The incident of my friend’s relative encouraged me to volunteer more often for this program because I wanted to have a real impact on reducing the pain caused by drunk driving. Teenagers have trust that this program will always be there in case of an emergency. Though this program does not condone teenage drinking, Safe Rides recognizes that teenage drinking is a problem in our valley and until there can be a greater solution, this driving service helps protect many valuable lives.

The effects that drunk driving has had on my life is that I understand the importance of taking care of precious lives both in my car and in the cars around me on the streets. Though driving fast and recklessly might save five minutes, the risk it entails is too great to be worth it.

“When I went to law school, I didn’t know at first that I wanted to be a lawyer for injured people, but the more I saw and learned in the early years of practicing law about what big corporations and insurance companies do and how they behave, the more it became clear to me that I needed to be a plaintiff’s lawyer,” he recalls.