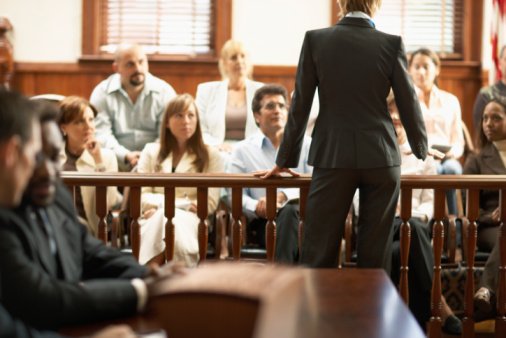 CNN recently published a scathing expose of the pediatric surgery unit at St. Mary’s Medical Center in Miami, where they say the mortality rate for babies having heart surgery is three times the national average. According to the news organization, “At least eight babies have died since the pediatric open heart surgery program at St. Mary’s Medical Center began in December 2011.”

These numbers were not publicly available until investigative journalists filed a Freedom of Information Act inquiry with the state of Florida’s Agency for Health Care Administration to obtain the patient caseload data necessary to calculate the 12.5% death rate for open heart surgeries.

What happened in Miami could happen anywhere

The pediatric heart surgeon at the Miami medical center was presented to parents as a “superstar” surgeon who had pioneered new techniques for operating on tiny hearts. Parents were told the surgeon hadn’t lost a single patient or “had only lost one other patient,” and recalled feeling like they were in good hands with an experienced surgeon from Stanford University. “There is no room for institutions that are lying to families to get them to offer up their babies as sacrificial lambs,” said Nneka Campbell, a woman whose 8-month-old daughter was the fourth baby to die during a heart surgery at the hospital.

A team of independent pediatric heart doctors reviewed the pediatric heart program at the Miami hospital in April of 2014 and found that the echocardiogram reports were inadequate, there was no pediatric electrophysiology expertise or laboratory on the premises, and the volume of cardiac catheterizations was too low for practitioners to become adept. All in all, the biggest issue seemed to be lack of experience and training. St. Mary’s did just 23 heart operations in 2013, compared to the 100 to 250 surgeries performed annually at the best pediatric heart surgery centers in the United States. “With 27 cases a year, it would be easy to make a total mess with newborn babies,” explained Dr. Roger Mee, former chief of pediatric heart surgery at the Cleveland Clinic.

Meanwhile, the medical institution is on the defensive. The CEO allegedly told CNN in a statement that the raw mortality data data “does not give proper context for the complexity and severity of each case, which could potentially lead to providing misleading information to consumers.” He said CNN got the program’s death rate “wrong,” but refused to offer the “correct” figures. The hospital has refused pediatric cardiologist Dr. Gerold Schiebler’s recommendation that they partner with the University of Miami to “ensure the development and implementation of a high quality pediatric program.” They have also publicly agreed to limit the complexity of surgeries performed on infant hearts – yet continued to do the procedures anyway.

There is no word about what the victims and their families will decide to do, but South Carolina medical malpractice lawyer Mr. Michael Jeffcoat says a lawsuit could force the institution to act more responsibly. “What we find in these complex cases is that there is a lot of opposition from the hospital executives and surgeons to speak candidly about what happened,” says Mr. Jeffcoat. “As experienced attorneys, we can obtain official reports, internal documents and staff member testimony that parents of injured or deceased infants may not otherwise access.”

He adds, “We then call in our own team of medical experts to build a case on what is called ‘standard of practice.’ In other words, the judge and jury hears testimony about the standard procedures and steps that another experienced surgeon would have taken to avoid catastrophe in that case. When a compelling case is made in that way, the settlements or jury awards to follow are usually quite substantial.”

Plaintiffs can sue for:

Medical malpractice lawyers at The Jeffcoat Firm are horrified to hear about this alarming news report from Florida. Do parents really need to get a Freedom of Information Act just to get data about the medical institution performing surgeries on their children? What if an adverse event has already happened, but no one at the hospital is giving straightforward answers?

Tragic stories of surgical incompetence and medical malpractice such as this are all too common throughout the country. Victims have legal rights to find out what happened, file a medical malpractice lawsuit, and seek reparation when negligence or wrongdoing leads to devastating outcomes.

With the fierce representation of experienced medical malpractice lawyers, you can stand up for your rights in court and hold people accountable for their actions. The Jeffcoat Firm urges anyone in South Carolina who has been harmed because of medical negligence to contact them at (803) 200-2000 for a free case review and to discuss all their options.