Severe burn injuries affect a person’s skin, the largest organ on the human body. The skin has up to seven layers of tissue that protect the underlying bones, muscles, and ligaments. Contact our Columbia burn injury lawyer today.

The severity of a burn injury is often graded by the size of the burn and how many layers of the skin are affected. Many burn injury victims are not only forced to endure agonizing pain but also deal with complex emotional and psychological issues during their recovery.

Some of the most serious burn injuries can leave victims with significant changes to their physical appearance. It can be extremely traumatic for such victims to deal with a disfigurement that dramatically affects their general sense of self-confidence.

Did you or your loved one suffer severe burn injuries in an accident caused by another party’s negligence in South Carolina? Contact an experienced Columbia burn injury lawyer as soon as possible.

The Jeffcoat Firm represents clients in Richland County, Lexington County, and Orangeburg County, as well as many other surrounding areas in the Midlands. Call us or contact us online right now to have our attorneys provide a complete evaluation of your case during a free consultation.

Thermal burns, which are caused by contact with dry heat such as fire, wet heat such as hot liquid or steam, or hot objects, are perhaps the most common type of burn injuries. Thermal burns frequently result in blisters, swelling, and discolored skin. Some victims may go into shock.

According to the World Health Organization (WHO), burns cause an estimated 180,000 deaths every year. In the United States specifically, WHO reported that 410,000 burn injuries occur in a typical year, and approximately 40,000 require hospitalization.

The Centers for Disease Control and Prevention (CDC) reported that a person dies in a fire every 2 hours and somebody is injured every 23 minutes on average in the United States. According to the CDC, as many as 10,000 people die every year of burn-related infections.

The American Burn Association (ABA) reported that 486,000 burn injuries in the United States required medical treatment in a single recent year. Of these injuries, 40,000 required hospitalization and 30,000 were at hospital burn centers.

According to the ABA, over 60 percent of acute hospitalizations in the United States related to burn injury were admitted to 128 burn centers. The burn centers average over 200 annual admissions, while the other 4,500 acute care hospitals in the nation average less than three burn admissions per year.

What is the Difference Between First, Second and Third-Degree Burns?

Most burn injuries are classified into one of three degrees:

Serious burn injuries involve several different types of pain. In addition to the resting or background pain that is virtually always present, burn injury victims also suffer from intense short-term acute pain during dressing changes or physical therapy, breakthrough pain from repositioning or wound healing, neuropathic pain caused by degeneration of nerve endings in the skin, and chronic pain that can continue for several months after wounds have healed.

Many burn injury cases will require independent investigations to collect important evidence and also to determine all possibly liable parties. In some cases, such as explosions, the evidence may be difficult to obtain because it has been destroyed by fire.

Victims who have suffered burn injuries will usually be contacted by the insurance companies representing the negligent parties. People should avoid taking these phone calls. 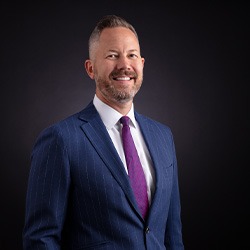 Adjusters for insurers frequently seem genuinely concerned about a victim’s well-being and express a willingness to make sure the victim is taken care of. In truth, most conversations with insurance company representatives are recorded, and the agents have a series of seemingly innocent questions that are actually designed to elicit unknowingly damaging statements from victims.

If you or your loved one sustained serious burn injuries as the result of another party’s negligence in South Carolina, it is in your best interest to immediately get help from a qualified attorney. Do not speak to any insurance company without first contacting a Columbia burn injury lawyer.

The Jeffcoat Firm can be reached 24 hours a day, seven days a week and represents clients on a contingency fee basis. You do not have to worry about paying our firm anything unless you receive a monetary award. You can have our lawyers review your case and help you understand all of your legal options when you call us or contact us online to set up a free consultation.