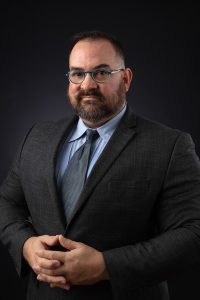 Mike Hemlepp, Jr. joined The Jeffcoat Firm in June 2019 after a varied and exciting legal career. A former prosecutor, litigator, lobbyist, and government attorney, he came to us after his successful stint as the first Police Advisor in the history of the Columbia Police Department where he was a member of the International Association of Chiefs of Police Legal Officers Section and certified in several areas, including Force Science.

As the former Executive Director of the South Carolina Association for Justice and as members of two other prominent personal injury firms, Mike has handled a large variety of cases from complex civil rights lawsuits, to catastrophic personal injury suits. He started his career as deputy solicitor of the Sixth Circuit Solicitor’s Office in Lancaster, SC under the Honorable John Reid Justice who was President of the National District Attorneys Association and the Chairman of the Board for the National College of District Attorneys.

As an advocate of victims of wrongdoing, Mike was awarded Solicitor of the Year by the South Carolina Coalition Against Domestic Violence and Sexual Assault and the 2001 Chief’s Award by the Columbia Police Department. He has been lead counsel on more than 200 jury trials in courts of record around the state, including more than three dozen murder cases.

It was Mike’s love of history that drove him to pursue a degree in political science at The Citadel, where he graduated with a B.A. in 1988. Mike went on to graduate from the University of South Carolina’s law school
in 1991.